Had a beautiful start to our saturday morning having a lie in and going for a run along the coast, in the afternoon we finally went to visit sara and matthew, we’ve been here a week and only just managed to get to see them, the weather was lovely so we sat in the garden and planned a few things to do in bali when we go there next week which was fun. In the evening we went into the city and went for a night out with the family which was awesome, they took us to lots of lovely little laneway bars which i loved! They were all really quirky and looked awesome, we finished in a gay club called the court which like most gay bars now was full of straight people, such a good night out and most of the bars aren’t as expensive as melbourne so that made a nice change!

I didn’t drink too much on the Saturday night so felt fresh on the sunday morning when we went to collect our rental car for the next few days. We drove ourselves and Peter and Nicola down to Fremantle for the afternoon which was lovely. We stopped at Cottesloe beach on the way down and had a drink at Indiana, a restaurant right on the beach front, it’s one of the prettiest beaches i’ve seen in australia, such blue waters. When we got to Fremantle we had a walk round the market, my favourite part of course, then through the little town and down to the harbour front. We stopped for fish and chips at Cicerello’s which were great and the restaurant had a brilliant view of the water and the boats. A couple of Sammy’s family live near Fremantle so we arranged to meet them down there, they only stayed for an hour but was nice for Sammy to meet them and they had some good stories about Australia and good places to go so it was lovely. In the evening we cooked dinner for the family to say thank you for having us to stay, we made mexican and as usual ate ourselves into a bit of a food coma!

We set off on our second road trip in WA at 5am on the Monday morning, our first stop was Wave Rock in Hyden which looked exactly as you would expect, a giant rock shaped like a wave! Pretty crazy how something like that can be formed so long ago. We made it eight hours down south to Esperance by late afternoon, from there we went to Cape Le Grand National Park which is beautiful, it has lots of different beaches, the prettiest one is Lucky Bay and also Thistle Cove, and then there’s lots of mountains/hills as well. From the beaches you can see Recherche Archipelgo as well, which is made up of over a hundred islands off the coast. We drove along the south coast for a couple of hours so we were a bit closer to our next destination in the morning and as we no longer have a tent (cheap coles rubbish!) we camped in the car for the night.

Early the next morning we set off to Brember Bay to watch the sunrise which was beautiful, the beaches are so white on the coast in WA so the sand looks so nice all the time. On our way to Cape Leeuwin we drove through Albany which a nice little harbour town and then through lots of forest called the Valley of the Giants, before being stopped on the road by a heard of cows! We must have driven at about 5km an hour through three hundred cows before meeting the farmer at the end, it was crazy! We stopped and had a chat to him though and he recommended we go to Windy Harbour on our way, so we stopped off there and it was worth the little detour. The beach was white and there were a few old men fishing off the rocks, it was so quaint and quiet! On the other side of the water we could see a huge burn off that stretched so far along the coast, it looked like a bomb had gone off. We then passed through Pemberton before arriving at Cape Leeuwin, it’s a lovely drive along those roads so the nine or so hours we did went pretty quickly! We took a few pictures of the lighthouse on the coast and then drove up to Margaret River, we went to the Rotary Park and BBQ’d our burgers for dinner, such a lovely spot there and there’s lots of walks and a park etc.  We had a wander round the town and went for a drink at the Margaret River Hotel and sat outside which was a nice end to the evening.

The next morning we drove to Surfer’s Point where they had the Margaret River Pro a few days ago and checked out the beach there, then went to a lovely little cafe called Brew Shack to get a coffee and hot chocolate before setting off up the west coast. We drove up Caves road through Yallingup, Cape Naturaliste, Bunker Bay and Dunsborough before arriving at Busselton. All the small towns along the coast have such nice sea fronts and shops and spas and cafes, lovely places to live if you had a job down that way! We went to the famous jetty at Busselton which is 1.8km long! We paid $3 to get on to the jetty, then walked down to the bottom and took some pictures of Geographe Bay before walking back along to the beach and BBQing some burgers for lunch. On our way back to Perth we drove through Bunbury which we thought was quite small but turned out to be quite a big city. It felt liked we’d been driving forever by the time we got back to Perth, so we were happy to get back home and chill out for the evening. We’re heading to Rottnest Island tomorrow, very excited for that!

Sammy, myself, Nicola, Olivia and Peter. 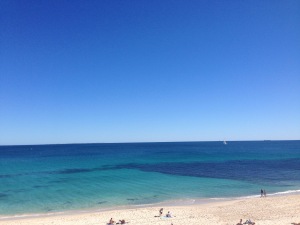 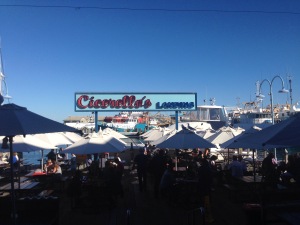 ice cream on the beach. 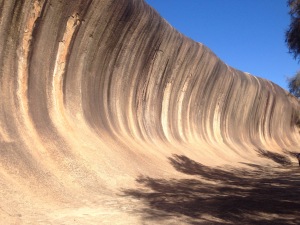 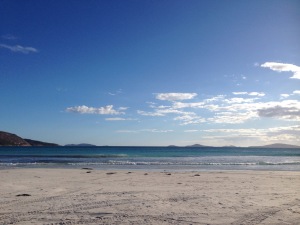 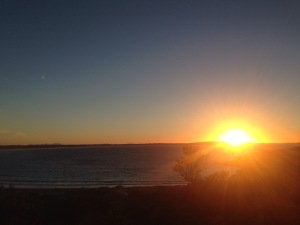 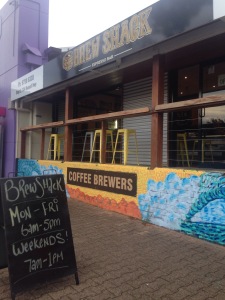 walking down the jetty.